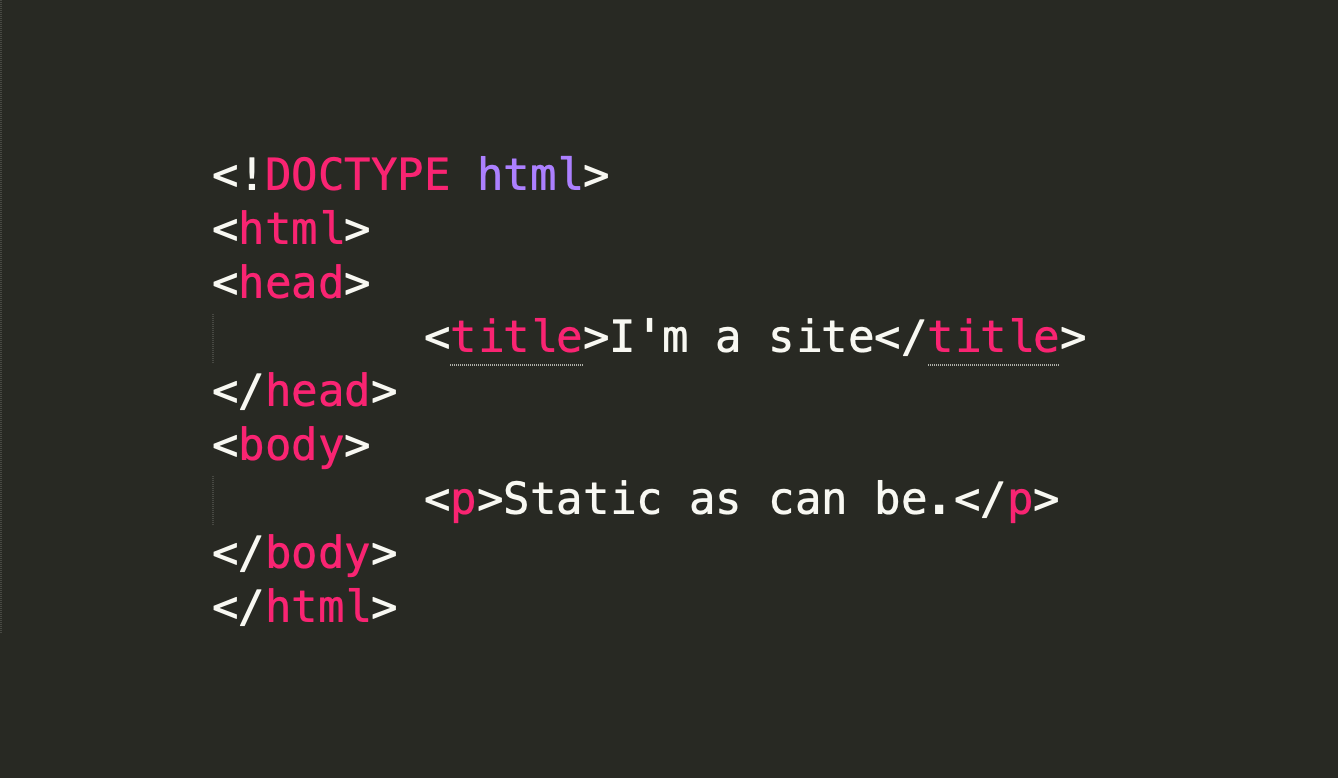 Static sites are often more performant and more secure than their dynamic counterparts. Though you can't apply a static architecture to everything (a static social network would be hard throws down gauntlet), they're eminent cacheability, typically smaller bandwidth footprint, and resulting high-availability do make them a match for certain scenarios.

There's pretty much a blog-flavored static site generator for every language, Ruby has Jekyll, Python Pelican, Javascript an embarrassment of choices (Next and Gatsby for React, Hexo and Eleventy for Node, Sapper.js for Svelte, etc). Some of these are purpose built for blogs, some can be adapted to fit basically any of the use cases we'll cover.

A static site works well for blogs because, since HTML can be so easily cached and served via CDN networks and outlets like Netlify and Amazon's S3 service, so you can be sure you won't get the hug of death and go down when you're viral interest is just starting to take off.

High availability is actually a hugely important reason to use a static site, and feeds perfectly into our next case.

User-friendliness aside (and that's a big aside), a static site can withstand surges in traffic particularly important in moments when there's been an outage of your service and users are looking for answers, or maybe there's just been a general disaster (who knows what that would look like!) and information needs be widely available.

If you're an artist with some coding interest or anyone trying to create a visual CV or resume, consider static sites. A nightmare for any budding professional is giving out a link to a colleague or prospective employer, only for them to discover it's broken or the application down. If you see a surge of interest - or even just whiffed some server setup - it could deal a blow to your technical prospects. Static sites are sturdy. Once set up on something (ideally) not hosted by you, like Netlify, it's incredibly solid.

You can even use them for book sites. That one (my own) even has a cringe-inducingly old copyright year, so you know it's withstood the test of time.

Accessibility is both a moral and legal imperative, but it's something that's often glossed over in the move-fast-and-you-know-what-just-move-fast culture of internet business. There's a very convincing case to be made however that a static site generator with a fully configurable (at the markup level) templating language (something like Jekyll), can be more easily made accessible than something like a big PHP-based CMS, where the user is further from the HTML and less able to configure things like aria labels.

Static sites are obviously something we love at Formcake (JAMstack forever!), but it's not without reason - the performance, security, and simplicity of static sites mean that honestly they should be your first choice for everything.

But if you don't make the Facebook-killer in plain 'ol HTML, we won't tell anybody.