Recently we signed up for the AWS Activate program, which provides startups / small internet businesses like us with a variety of benefits - from AWS credits to free business-tier support.

We signed up for AWS Activate as part of our application to the Stripe Atlas program, which we're big fans of, but you don't need to be a part of Stripe Atlas to sign up for Activate.

When signing up for Activate though you do need to know you'll be faced with a question that can drastically shape the number of credits you ultimately receive.

When we first went through the process we very simply answered that question wrong. We encountered the following screen, outlining the different sign up paths for bootstrapped vs funded startups. 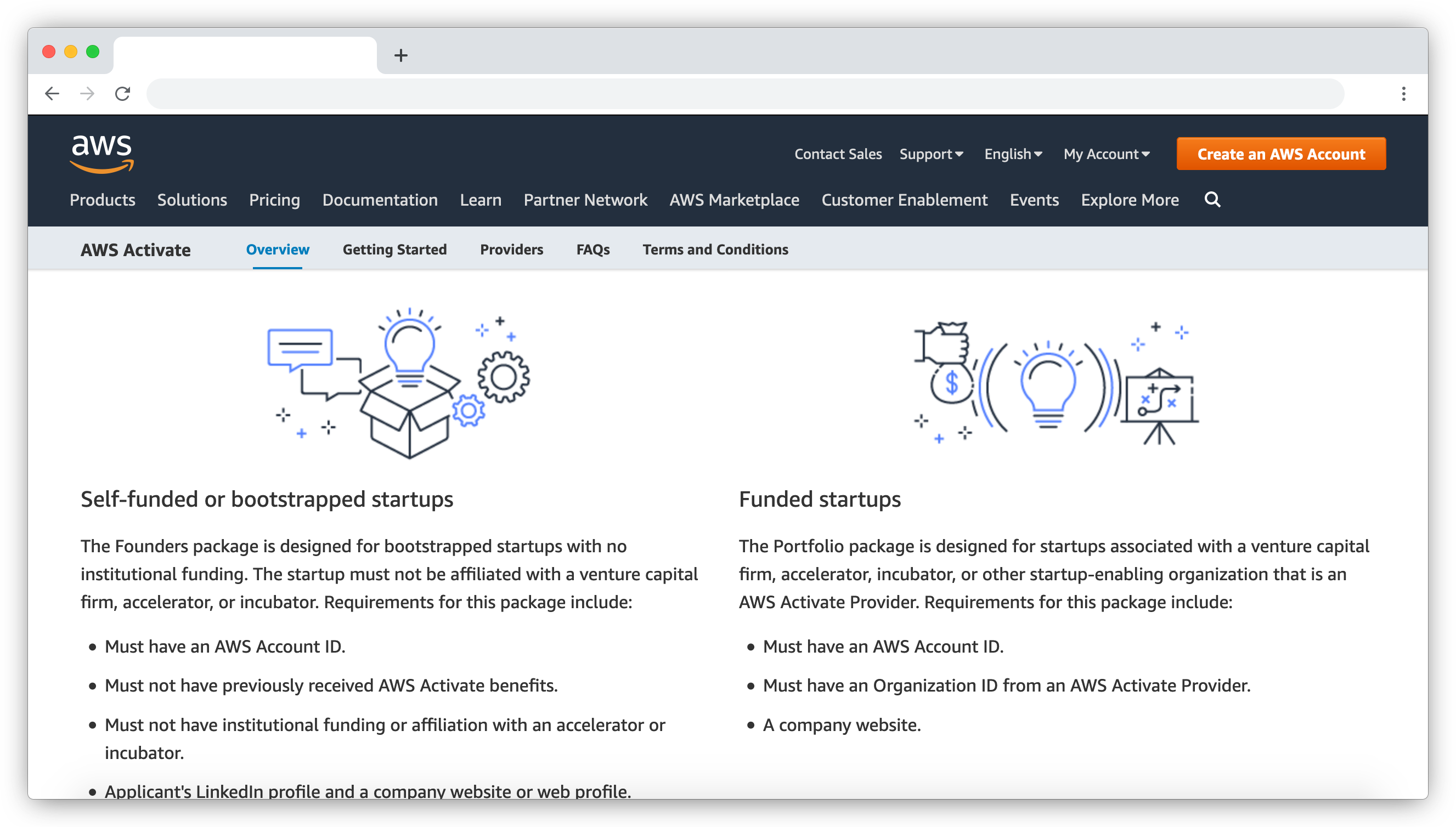 When we first signed up, we did so as a bootstrapped startup: We're not accepting any funding, or even incorporating as a C Corp so we can have shares and an officer structure. We're incorporated as an LLC because we want to slowly build our way to profitability, so "bootstrapped" as a term seemed to described us.

We received $1,000 in AWS credits and were happy, but raised the issue with Stripe that we were curious if there was a chance at getting the $5,000 that the Stripe copy seemed to suggest.

Stripe not only got back to us but fought for us to receive the full $5,000 in credits from AWS.

But in their email it became clear what the issue was: We signed up under the wrong option.

Even though we're not accepting proper funding rounds, we are "sponsored" by Stripe in a sense through the Atlas program. That means we have an organization code/ID we can plug into the AWS Activate signup process signifying that we're a "funded" startup.

Luckily we pestered Stripe to the point where we were able to receive not just the extra money ($5,000) but also keep the original, $1,000 amount. Since we're a small startup that's on an all-AWS infrastructure, this money was pretty critical to us, and provides a nice runway.

If you're signing up for the AWS Activate program, consider looking for a program like Stripe Atlas to sign up with. If you're able to find this kind of sponsorship and sign up with your corresponding organization ID, you can probably expect more credits. Don't be like us and potentially leave this much money (well, credits) on the table.